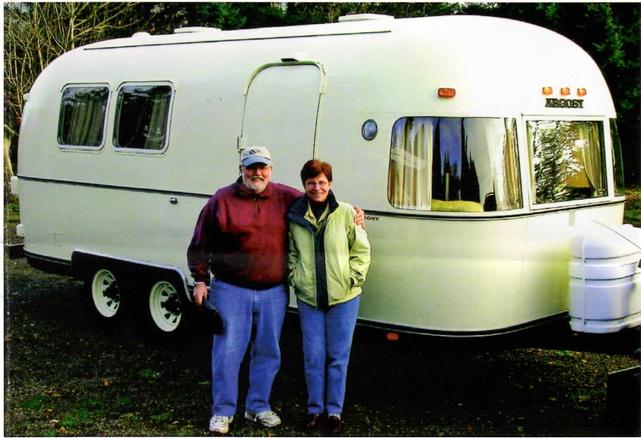 James “Jim” and Cheryl Jordan established the James & Cheryl Jordan Designated Endowment for Youth with BCF to benefit youth in the Philomath area. In establishing the Fund, Jim is following in his father’s footsteps. As Jim explained, “My dad always felt it was important to give back to the community you live in and work in.” His father, Frank Jordan, was a founding member of the board of directors of the Community Foundation of Dickinson County in Jim’s hometown of Abilene, Kansas.  Cheryl, also a native of Kansas, was born and raised in Topeka. Jim and Cheryl met and married in 1969 in Kansas. Jim recalls, “She took a chance on a blind date and the rest is history!”  In 1976, Cheryl was offered a position as a professor of apparel marketing in the Department of Design and Human Environment at Oregon State University. She served as department chair from 1999 to 2004 and assistant dean for student affairs in 2004.

Jim has been a member of Philomath Rotary since 1987. He was president of the club in 1991-92, served as treasurer for eight years, and has served as director on several service committees. He is a recipient of a Philomath Community Recognition Celebration award in 1998 for coordinating the installation of the donation bricks at the Philomath Library. In addition, Jim served as an advisor to the Oregon State University College of Veterinary Medicine; as director on the Linn-Benton Community College Farrier Board; as director of the Heartland Humane Society Board; chair of the Vistas and Vineyards painting group; member of the Valley Viewfinders photography club; and, member of the Corvallis Folklore Society. In 2007, Jim joined the BCF Board of Directors, and served as Chairman of the Board from 2012 through 2013.

Cheryl and Jim both retired in 2004, but continued to be active in the community.  Cheryl opened a home-based fiber art business called Muddy Creek Studios. She is also active in the Mary’s River Quilt Guild. Jim enjoys playing Bluegrass and Celtic tunes on his mandolin, banjo and violin at local weekly jam sessions.  Together, Jim and Cheryl enjoy indulging their passion, which is traveling for pleasure in their Airstream Travel Trailer.