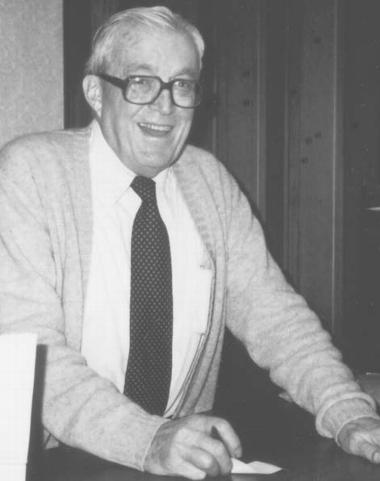 Walter S. Hopkins was born in Denver, Colorado, on October 10, 1913, to Walter and Bertha Wedman Hopkins. After serving in World War II, he left the service as a lieutenant commander in the U.S. Navy. While on active duty he became friends with a fellow Navy officer, John Paul Stevens, who later became a justice of the United States Supreme Court. After he left the Navy, he joined the U.S. Forest Service.

Dorothy Hopkins was born on August 11, 1914, in Fort Bragg, California. She was raised on the coast in a Northern California fishing town where her parents ran an all-purpose hardware store. Dorothy worked in the store from the time she was a small child. After Dorothy’s first marriage ended she had to support herself and her two young sons in the San Francisco area. She did not feel she could do this on her salary as a secretary, and through her ability and determination, she became a real estate salesperson and soon became a very successful realtor. In fact, she first met Walt through her work, when she was showing him a property. Dorothy and Walt married in January 1, 1961. It was a second marriage for both.

Walt’s thirty-year Forest Service career took him to various locations in the U.S. While there, Dorothy would look around for an investment property. Over the years, due to Dorothy’s keen eye for good investment properties, the Hopkins accumulated a sizeable estate.

In 1971, Dorothy and Walt moved to Corvallis following Walt’s retirement from the Forest Service. Walt joined the faculty at Oregon State University as a professor of forest management, where he taught until he retired in 1980. He particularly enjoyed teaching the freshman general forestry courses. Dorothy continued to manage the family’s investments. She was very active in the Assistance League and particularly in work related to the thrift shop. Walt and Dorothy enjoyed spending time in their ocean front home in Newport, caring for and taking care of their two German shepherd dogs, and traveling. Dorothy was an avid reader and regular patron of at the Corvallis Library. Dorothy was an avid golfer and made a hole-in-one at age 80.

After Walt had been retired for some time from OSU, he decided to volunteer as court bailiff at the Benton County Circuit Court, working with Judge Robert Gardner. Walt worked at the courthouse two, three, or more days each week, taking charge of the juries, marking exhibits, and generally helping out wherever needed. He was the primary court bailiff in several major trials, including a highly publicized case involving a murder on the coast. He worked even when he was receiving treatment for cancer, until just a short time before his death. Walt was a kind and generous person, and was very devoted to Dorothy. Someone once described him as “a cross between a Boy Scout and a St. Bernard dog.” He died of cancer at home on December 29, 1989. Dorothy continued to live in their home in Corvallis until she went to live in Mennonite Village in Albany, where she died on December 24, 2001.

Dorothy left a bequest to BCF in memory of Walt to benefit the youth of Benton County.