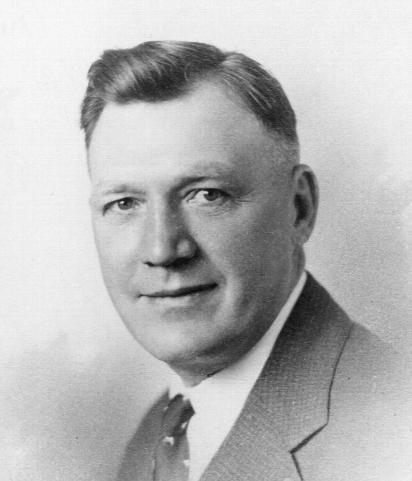 Wilbur Milton Harper was born March 24, 1893, into a family of ten children. He was christened Wilbur Milton, and his family called him Milton, but he eventually became known as Bill. His father farmed on the prairie in Pembina County, North Dakota. Bill attended elementary schools in North Dakota until he was twelve, when his family moved to Oregon. They bought a 208-acre farm in north Corvallis, part of which is now occupied by the King Circle Shopping Center. Bill continued his schooling at Witham Grade School on Witham Hill Road, walking to and from school daily. The school was nicknamed “Woodpecker College” because of its popularity with the feathered friends. Bill’s after-school hours and vacations were filled with farm work. He graduated from Corvallis High School in 1913 when it was located in Central Park, soon after it became a four-year school. Work on the farm occupied Bill until he went to war in 1917 to serve in the 19th Company, 2nd Regiment of Motor Mechanics attached to the 4th French Army under the Signal Corps. His duties were mainly in supply services, but he also worked on the suicide squad, a unit that operated at night to recover allied and enemy planes and trucks for rescue and intelligence. He spent two years in France and earned ribbons for two campaigns: Champagne-Marne and Meuse-Argonne as well as one for service in the Defensive Sector. The land beckoned, and Bill went back to farming in 1921 when he bought a farm of 142 acres on Fifty-third Street, close to Mary’s River. 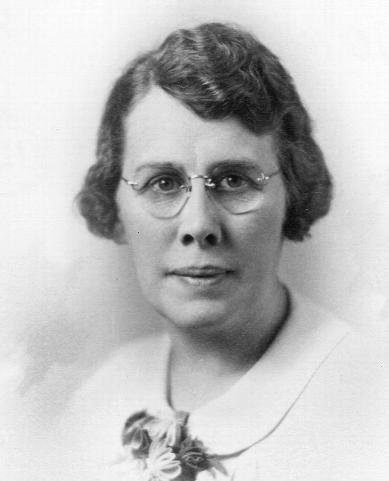 Justa C. Pennington was born April 19, 1891, in McMinnville, Oregon, where her father farmed and served as treasurer of Yamhill County. She attended public schools and Linfield College in McMinnville, and she also studied business at a school in Salem. Justa taught in the elementary grades in Yamhill County, at Central Point, Oregon, and at Franklin and Central Schools in Corvallis. During World War I she worked for Southern Pacific Railroad at Creswell doing office work and checking mail and express.

Justa and Wilbur Harper were married in Corvallis in 1924. They lived on the farm for eleven years, where Bill raised grain, seed crops, and stock. Justa enjoyed gardening and canning their homegrown produce on the farm. She also continued to teach as a substitute for several years after their marriage. They were both active in the Plymouth Community Club during their farm years. When Bill was elected sheriff of Benton County in 1935, they rented out the farm, moved into town, and bought a house on Sixth Street between Madison and Jefferson.

Justa Harper was a member of the First Methodist Church of Corvallis and was awarded recognition by the Women’s Society of Christian Service for her devoted work in the Methodist Church. She was a member of Eastern Star and served as Worthy Matron of St. Mary’s Chapter No. 9. Justa sometimes wrote poetry. She was a happy and humorous person who enjoyed her teaching experiences, her home and garden, her friends, and her community. She belonged to the Sunshine Club, a social group, and shared other activities with her friends. The Harpers held an annual Fourth of July celebration in their back yard and sometimes picnicked on their farm. Bill and Justa liked to explore Oregon and tried to see all of it. They made numerous trips by car to different areas of the state.

Bill served as Benton County Sheriff for eleven years, during which time he was the secretary, treasurer, and president of the Oregon State Sheriffs’ Association. Benton County’s population was much smaller in those days, and so was the sheriff’s staff, so Bill’s hours were long. In 1946 Bill became Campus Marshall at Oregon State College in charge of traffic, parking, and building security. In 1949 he also became an assistant military property custodian for the Army ROTC, looking after uniforms and weapons for some 1,200 cadets. After leaving these positions and indulging in a brief six-month retirement, he became bailiff at the Circuit Court under Judge Fred McHenry and Judge Richard Mengler.

Bill was a member of Corvallis Rotary Club; he served as president for a term and was re-elected as secretary for fifteen years. He holds the distinction of the longest service as a director of BCF. He was appointed to the board in 1954 by the Corvallis City Council and served for more than twenty years. For seven years he acted as vice president and worked primarily with the E.E. Wilson Trust for Boy Scouts. Bill also held memberships in the Corvallis Lodge No. 14, A.F. and A.M.; Ferguson Chapter No. 5, Royal Arch Masons; Bruce Commandery No. 17, and served as the presiding officer of each. He was also a member of Al Kader Shrine, Knights of Pythias, and St. Mary’s Chapter Eastern Star, serving as its Worthy Patron. Bill was a charter member of American Legion Post #11 and has been its commander. He was an active member and chairman of the board of the First Presbyterian Church. He was active in the Corvallis Men’s Garden Club and the Willamette Valley Knife and Fork Club, and took the helm for both of these organizations as their president. Bill served on the Mayor’s Street Naming Committee.  A very sincere and gentlemanly person, Wilbur M. Harper gave many years to public service in his community.
The Wilbur M. & Justa Harper Memorial Fund helps BCF address the changing needs of our community.